Watch ' Marriage, Not Dating ' with our fast and smooth mobile player, optimized for your phone and tablet. How do you get your meddlesome family off your back? Gi Tae is a confirmed bachelor who has no interest in getting married, but he faces tremendous pressure from his family to settle down. To get them off his back, Gi Tae brings Joo Jang Mi Han Groo and introduces her as his future wife, knowing full well that his family would never accept her. Jang Mi agrees to the fake relationship because she is starting to lose hope that she will be able to find the perfect love after her failed past relationships.

Can Gi Tae and Jang Mi pull off their ruse or will they get more than they bargained for with their deception? Meet the community members dedicated to bringing you the subtitles for this channel. Please encourage them by leaving a comment below! Log in with Email. Sorry, this content is not available in your region. Click here to learn more.

Episodes This show does not have any episodes. Julien Kang Main Cast.

Han Sun Hwa Main Cast. Yeon Woo Jin Main Cast. However, I loved that Gi Tae's mom found her happiness in the end. Her husband's family screwed her up so badly that it's understandable why she acts the way she does. Overall I enjoyed this drama even if some of my love for it at the beginning wore off towards the end. It's still one of the best rom-coms of for me and I will put it on my repeat list for rainy days. Even though I love this show which has ne comparing it to coffee prince.. I understand girlfriend take on the cold scene in the beginning..

With everything else showing now.. I can't even get through half the episodes without folding it in but I have been waiting and even watching without subs since I was so anxious for this show..

Probably the best thing for this ending was that not everyone got redeems in some unreasonable way.. Thank you Lollypip and girlfriday for the great and heartfelt recaps. Love this series so much but wished we had more time to just savor the OST relationship for a little longer. As well as seeing Ki-tae's dad suffer a whole lot more. And by the way, what with Jang-Mi's mom, yikes!!

What a whiny self centered woman! I really loved the OTP, but the scene that by far made me grin the most was the one where the 3 women collectively kicked dad to the curb. I didn't think he had it in him. Thank you guys so much for the great recaps and insight you've provided and to all the commenters who left such great comments about the show as well. You two said what I wanted to say and more so much better than I ever could have, especially your last lign here, girlfriday, ha.

I'm going to miss this show so much, especially the lead couple. They had so many adorable, sweet, wonderful and heartfelt moments in the last few episodes and it was a joy to witness them grow as people and as a couple. The actors did a fabulous job with these roles and they've definitely put those two on the map for me. And because I didn't get to comment on it in the last recap, I still love, love, LOVE the moment between Kitae and his mother on the phone and the ones here between KiTae's mom, aunt and halmoni.

I love how much this show emphasised the importance of family.


It did a tremendous job of showcasing that even if they're dysfunctional and you're not close to them - your family still shapes you into who you are in a big way. It was wonderful seeing the love between the women in KiTae's family and seeing his father get his comeuppance and Mom get her fire back.

I was waiting for that. Just like how JangMi's parents made a scene at the hospital while making up - seeing that made me realize that she got her "scene-making" ways from them. I also loved the realism in their decision to get married. 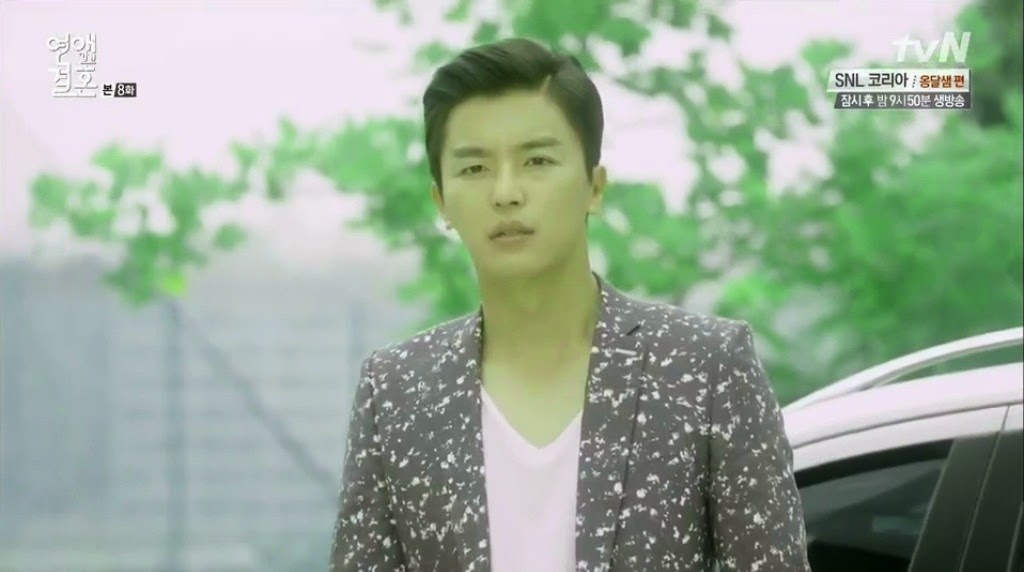 They know firsthand just how badly marriages can go but even so, they're still willing to give it a try and try their best to love and support each other despite whatever twists life may throw at them. I also loved the cleverness in the writing, the crazy sound effects, the awesome ost and the cute effects on screen. When this drama started I forgot about it and all the news that were posted here.

I was just checking viki and it appeared, I read the description and watched episode 1. This drama made me laugh, even cry a little and made me care for many of the characters. Ki-tae and Jang-mi are so good and so cute together, and I only can agree, the family aspect in this drama is one of its strongest angles. Maybe is not a perfect drama but the crazy second lead and the flaws here and there never made me abandon it, because I was so in love with the good stuff that I could pass through that.

I still can't believe that this drama is over. I'm so going to miss it. Been playing the OSTs over and over again. It's my first time seeing Han Groo act and I'm even surprised because she's so young! Her acting is on point and she's so good at comedy. Yeon Woo Jin's characters are so scary and he was a killer in Arang but the first time I saw him was in Ojakgyo Brothers and from then on, I knew he'd do well in a rom com. I admit that this drama kinda bored me halfway through it and I actually stopped watching. I had to catch up on 4 episodes at once.

It's the 2nd leads. I love Sunhwa and Jinwoon but omg their characters are so annoying. Then the bestfriend was just annoying too. Still, I enjoyed the drama and it was a fun watch among all the dramas airing now.

Gi Tae's "I know that there's no such thing as love that last forever. Despite that, I want to try loving you forever. T like seriously, no kidding. Usually, I get bored half way through and find myself FF all the annoying and useless bits. But I thoroughly enjoyed each and every episode of this one!

I mean, they are pretty annoying at times. But somehow I get the satisfaction of seeing the leads jealous of seeing one another with their own respective cockblocker hahaha. If we were to compare, there are definitely many more worse second leads out there. The one thing I truly appreciate about the show is how it works so well to build up relationships so realistically, whether it is between a mother and son, mother and daughter-in-law, husband and wife etc.